It’s been at least eight years since I was there for a two day conference. I doubt I could easily find my way back and if I’m completely honest with you, right now I can’t even remember the name.   Sorry.

I could spend some time researching— maybe Google it and come close but it’s not going to make this memory any more solid. Unless you want to visit …or have a church like this one, then I guess you’d need to know. Maybe it will just be enough for me to tell you about my experience of the most beautiful church I’ve ever been in. Because honestly, this church could be anywhere.  It could be. 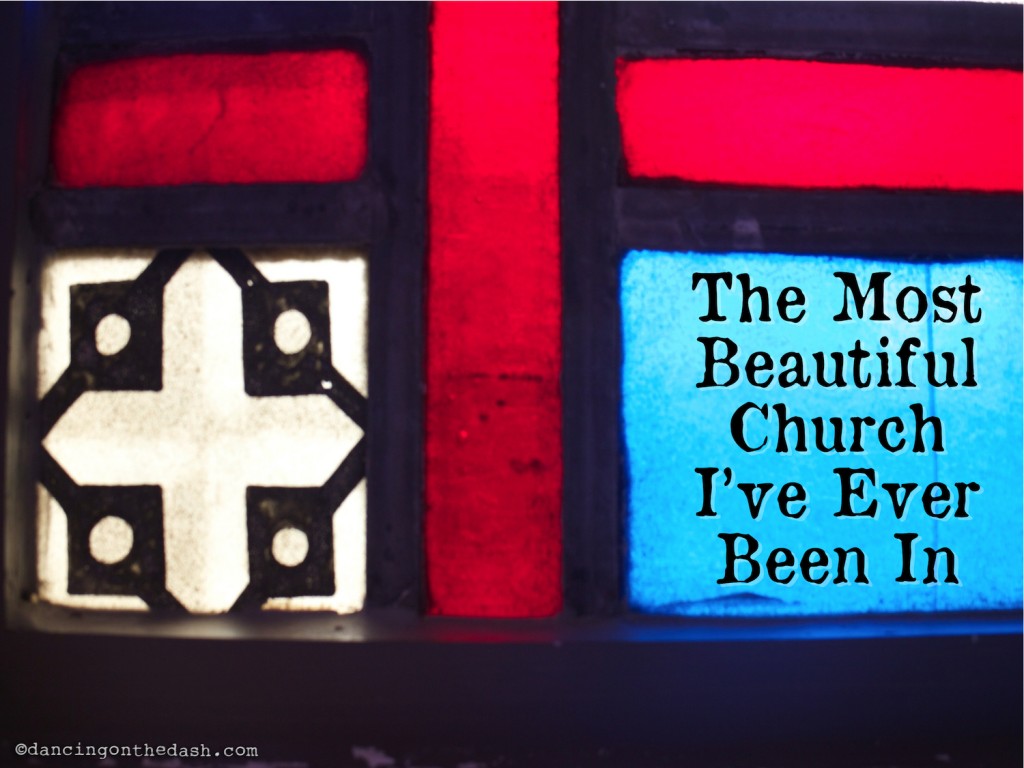 So…actually…we got lost looking for this place. The GPS took us into a neighborhood where the streets got narrow, skinny and tight until….. BAM!  We found ourselves at a dead end where the road probably once continued on, but now there was a high fence and a guard rail keeping us from driving into the 10-lanes of interstate highway just beyond.

Backtracking, eventually we found it— our little host church in the big city tucked waaay inside an older neighborhood on the other side of that highway, just behind a rather sketchy looking shopping plaza.

The parking lot was rough and pocked with holes. Though the grounds were spotless, the landscaping was nothing to shout about– some scrappy looking bushes here and there, not much more. The building itself was rather plain; just a standard white, wood frame church with a bit of a steeple poking out the top.  I think there were some benches out front.

This church was hosting us for an event with about 60 or more students studying the fine art of Christian speech and debate. The people were gracious and accommodating, pleasant and very glad to have this group of future Christian leaders and speakers in their midst.  They were so encouraging.

The interior of the church was mostly forgettable. No really– I forget. I recall only that it was plainly furnished and happily worn from use. Nothing notable about the carpet and pews, the fellowship hall and speaking rooms were all rather standard and functional. Comfortable without being too over the top.  It was nice.

Based on these observations, as you can imagine, there was nothing about this place that said “success” according to the world’s standards. Nothing flashy and yet, I can recall most of these details so many years later because where these things were so plain and understated, there was one great thing that impressed me so profoundly,  that I really stopped to take in and notice the true richness of my surroundings in the course of those two days.

Painted on one wall just outside the sanctuary, there was a mural-sized world map and while I can’t remember the exact words below, I do recall it had something to do with the mission of the church. As in, THE mission of THE church as well as that one there. All by itself, that was something to behold and it surely could start you to thinking down the mental path of missions as you entered and exited the sanctuary each week.

That’s a nice thing to think about. However this congregation was obviously good at more than simply thinking about missions.

Here’s where it got truly extraordinary for me. Down every hall, on every side from the entryway and on around every corner, each wall was LINED EDGE TO EDGE  with a picture of a missionary individual or family this church personally supported. I mean the walls were full. Beneath the framed picture was a smaller frame with information telling about the place and people they served, when they began serving and how long and their prayer requests.  Every one of them was being actively supported by this church.

Maybe I’m just a bit sheltered but  I’d never seen anything like this before.

During the breaks I walked down the halls, looking at the pictures and reading the information, truly stunned as it dawned on me what I was a witnessing.

This rinky-dink, nondescript little church tucked back in the middle of downtown nowhere was reaching into nearly every country and continent on the planet one prayer at a time. One offering at a time.

My heart was just bursting with— gee, I don’t know… happiness?
Jealousy?
Longing….maybe?

It was a gift to be there— a challenge to behold and truly, this was the most beautiful church I have ever been in.  No doubt about it. 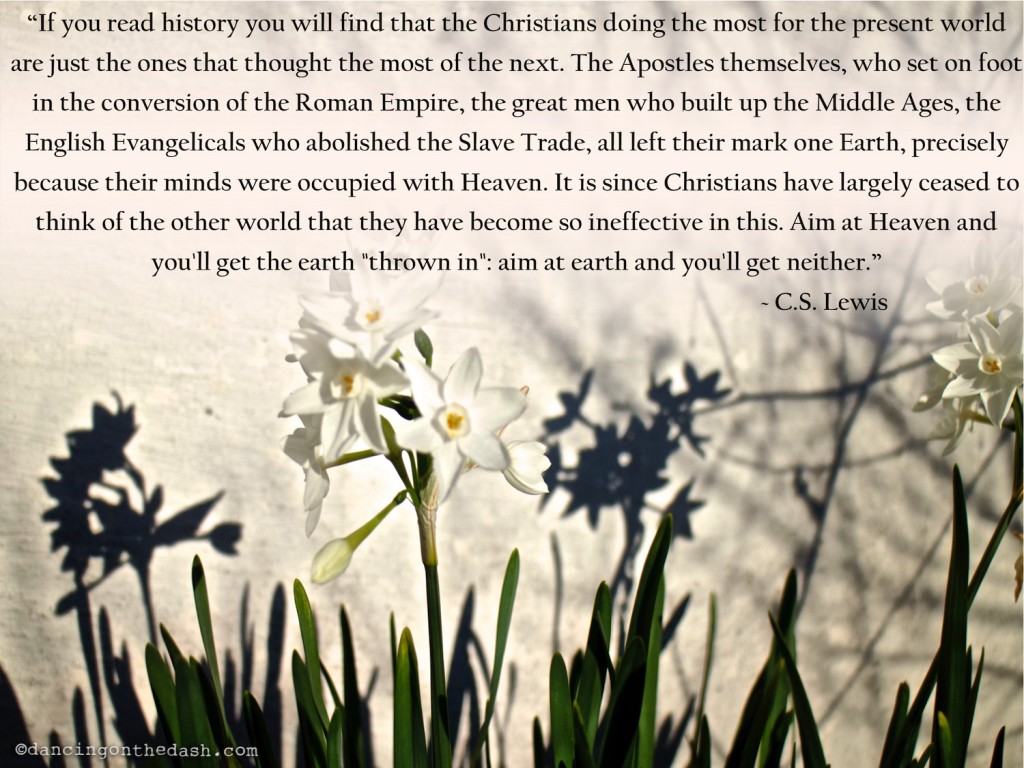 Right now, it’s a bit of a personal issue for me remembering this scenario because recently a major missionary organization struggling to balance it’s worldwide budget is offering early retirement to their older missionaries. You know really OLD…..like 50.  For reasons I can’t fully explain my heart is so troubled by this news.

It makes me sad.
This is just the first step to downsizing their force.

One of the folks within this agency wrote, wondering aloud…what if they just said no? Or better yet, what if every church in the convention gave $420 per month– the amount that’s been calculated for what’s needed to bring the budget out of it’s tailspin.

You know,  a flood of refugees from Syria is currently pouring into regions that already have a viable Gospel witness established within. Refugees whom God has sent there to taste, see, hear and FEEL the love and Good News of salvation.

The majority of these refugees come from regions within the “10/40 window” where Gospel work is not only difficult…it’s downright dangerous. So God has opened the floodgates leading them to other countries where the work of loving and reaching them can be more fruitful in the long term– after the initial crisis is over and where the daily work will continue long after the news headlines disappear.  This passage from the Book of Isaiah 14:24-27 is rather exciting when you consider these circumstances in this light.

As long as there are still folks there to do it…. and Satan would love to shut that down or delay it if he can.

Maybe it’s just me. Maybe I’m an idealistic dreamer to imagine that we in our churches who know true freedom and prosperity in God could afford to dig a little deeper… live a little more sacrificially, spending less on ourselves and our surroundings and instead have a hand in this work being done all over the world…to somehow be a part of keeping that “$420 Door” propped open by committing  to the support of the missions taking place here and abroad.

What would it be like… to have the privilege of being members of a church like that?

Personally….I think it would be beautiful.

Linking with Jennifer and Tell His Story