It was probably the first verse you ever memorized by heart or scrawled in tightfisted crayon print at VBS. We’ve seen it numbered on a football player’s face and sometimes on a lettered sign in the stands.  In fact, it’s “common” enough that even many non-churched people seem to know at least a little something about John 3:16.

In 2008, Max Lucado published a book and study by this title proclaiming it as the Gospel in a nutshell. It’s all there.      I can’t disagree.

“For God so loved the world that he gave his one and only Son, that whoever believes in him shall not perish but have eternal life.” John 3:16

It’s so familiar that  Believers can *almost* fly  past it without pausing to take it all  in. I know, because a few weeks ago it was tagged at the bottom of my daily devotional and I almost skipped it because, shoot– I know that one already. But something said “Go there.” so I read the whole chapter.

What jumped out of this oh-so-familiar and yet now-so-revolutionary little verse has stuck to the edges of my heart and mind like velcro. I saw a startling nugget of God-truth so huge and yet so power-packed small, I am still struck with wonder. 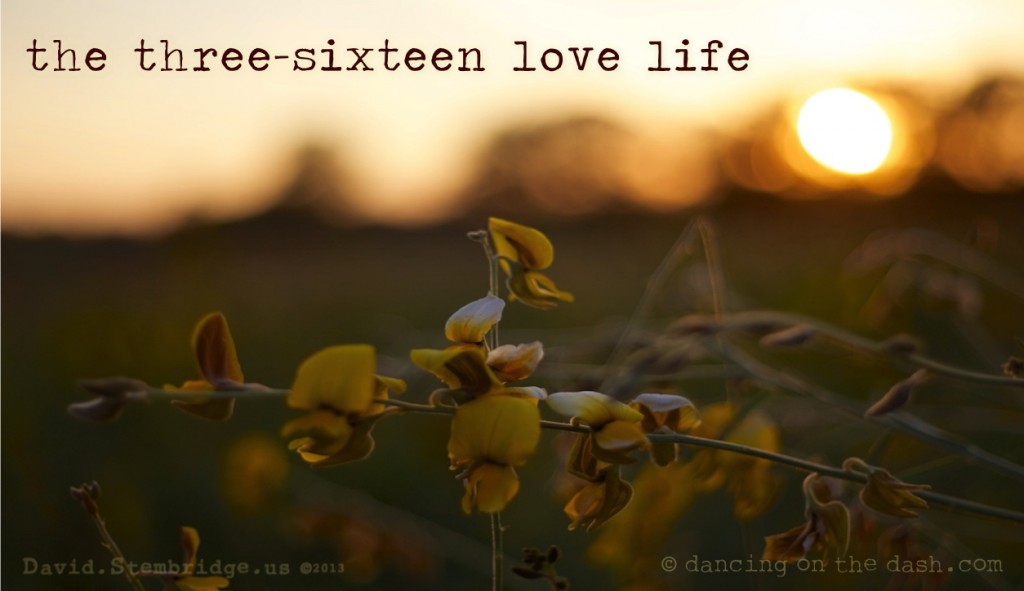 Simple and yet complex, this verse stands like a beacon amongst it’s neighbor verses, anchored in their bedrock truth.  God loved the world. We learn how much and why.as well as the reward for those who believe and the severe  consequences for those who choose not to. But this isn’t where I got snagged and pulled deeper.

What is it about this 4-letter word that causes us to stop and stare? We think we know what that little word means and yet coming from this place…from the very One who embodies, inhabits and expresses it to the fullest extent, what we see here is not the stuff of Hallmark or Hollywood.        Not at all.

Because THIS Love was different.
It gave.
It was sacrificial.

This Love bled and died and rose again so that we might be united with God in and through our belief in Him.  But there’s more.

It’s a past tense,  singular, done and sealed deal which immediately becomes the eternal present and future tense for all those who believe now….and those who will believe by the word of our testimony. That’s where it got me.

We who believe become living expressions and manifestations of that John 3:16, sacrificial-love moment.

God is loving the world through us–
the John 3:16 people.

Ok… maybe this isn’t earth shattering for you but it rocked my foundations a little bit more because I… well,  we…all of us just make this too hard. We miss it by watering down the definition of Christian love with the rest of the world because …sacrificial love just isn’t pretty, politically correct or comfortable.

We’d rather live the “best life now” illusion of “christianity”.. more appealing, attractive and…lordy..  RELEVANT to people today.  We want folks to like liking us enough to join us…at least join our churches.

Except…Jesus didn’t invite people to church. He invited them to be born anew–to take up a cross and follow Him in relationship.

That’s a rather sacrificial invitation.

It’s a lifestyle, a mentality, an automatic response flowing from the place of three-sixteen love which was first given to us. Nicodemus came to Jesus at night hungry for what was missing from his life of religion. It’s night in our world today.

People are hungry for light.

Of course…I’m blowing this wide open..maybe a little too wide but the truth is–John 3:16  was Jesus’ response to Nicodemus’ earnest question…”How?” In so many ways we’re living amongst a people maybe not asking it with words but their desperate actions are asking the same thing.

We who have believed according to the promise of John 3:16 are God’s answer to the world’s question…and

we need to live and love like we believe it. 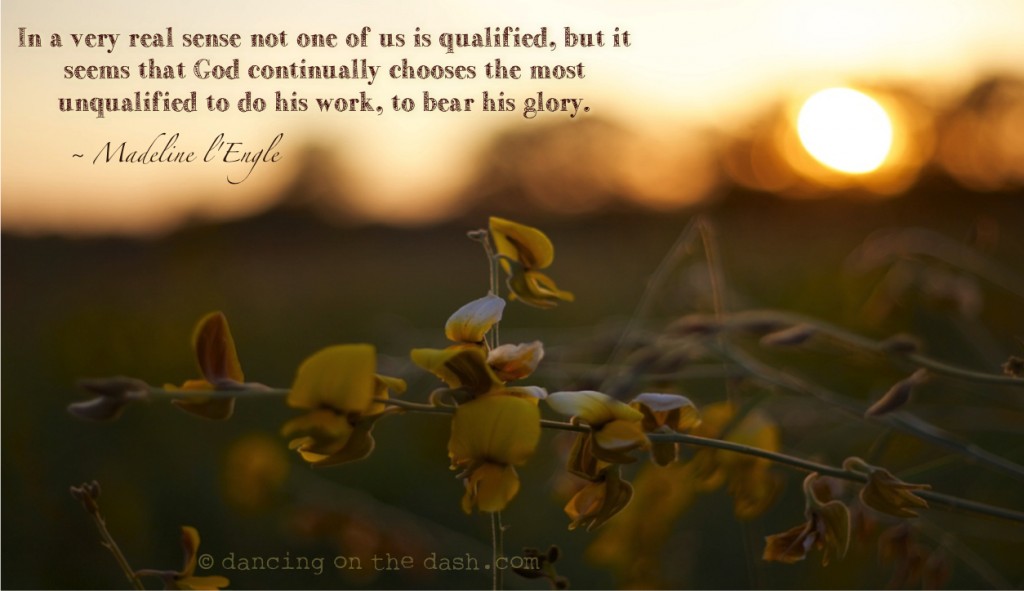 Truly, I’ve been challenged  because  though I’ve served joyfully,  I’m guilty of playing it soft inside the perceived notion of “safe” Christianity which says “give, but live comfortably ….no need to make a scene.”

Sometimes, I am overwhelmed because heck, I’m just one person and even with my willing husband we are only two. That’s where God steps in and multiplies our obedience right where we are taking the first step. Encouraging us to take the next and the next.

A “next step” is coming. We’ve been talking about what it might look like and how it could unfold in these next years as the last kiddo takes flight and the homeschool years come to a close. Not exactly sure what that will look like but we’re certain of at least 3 things:

In the meantime, we’ll be blooming where we’re planted for this season….and living and sharing with others a life as close to three-sixteen as we can.

What about you?   What is God teaching you about having a sacrificial love life?